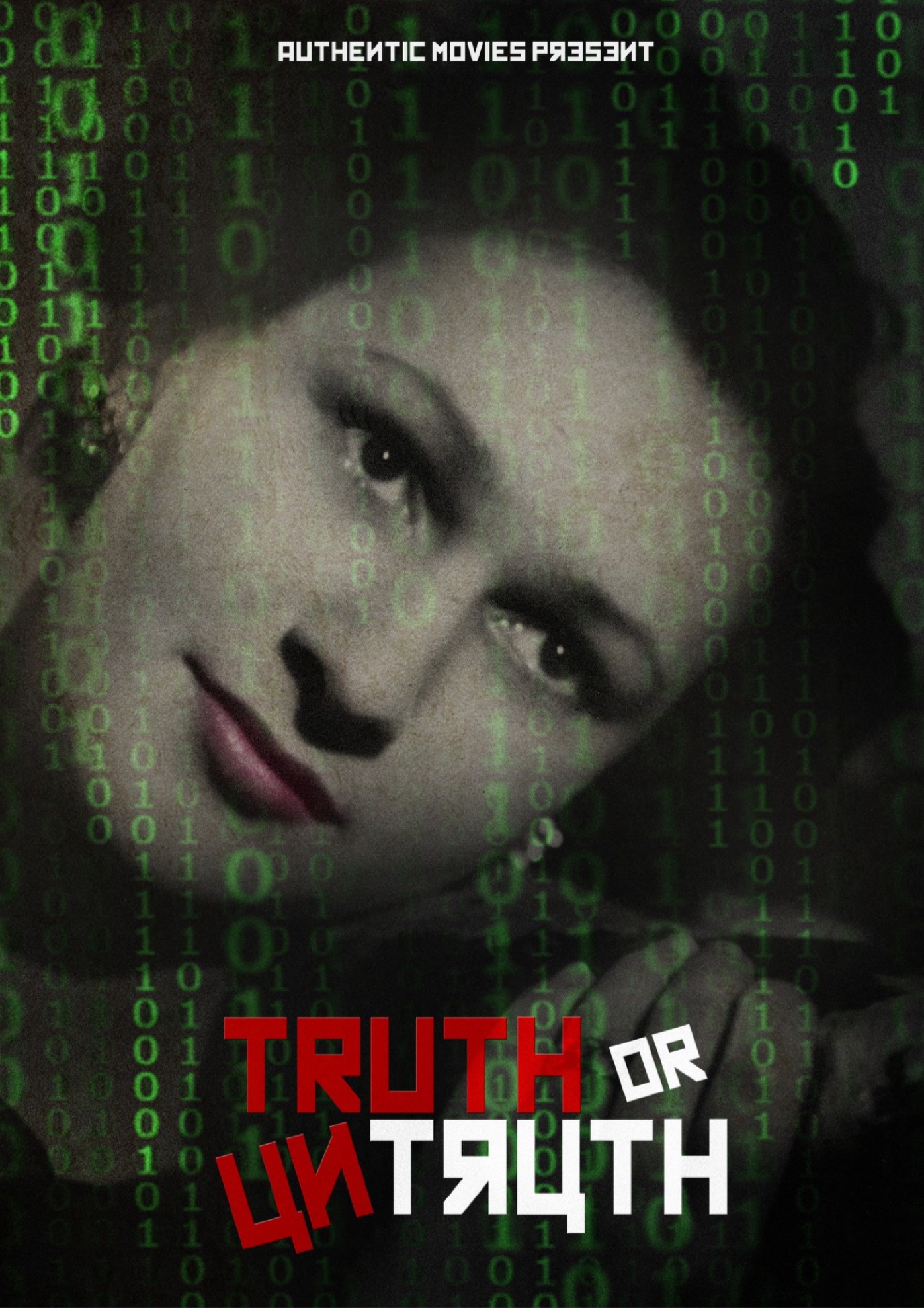 Truth or Untruth is a powerful drama bringing into sharp focus the origins of the current cyber war. It is set in Odessa in the 1960s, then a city suffocated by the heavy hand of the Soviet USSR. The historical narrative from the Cold War to the present day is seen through the eyes of our fictional protagonists.

The story begins in the 1960s with the real life musician Leonid Utesov, hero of the USSR with approval of Stalin. Music from this era will form part of a haunting musical score. Howard Stean and the Swiss playwright Philipp Engelmann are united in a joint effort to bring to life a riveting tale of survival, espionage, and of how news and fake news manipulates and unsettles society.

Mishka, the fictional son of Leonid Utesov, is a chess prodigy. Under the malevolent influence of his ‘uncle’ Alexei, he soon progresses to become the chief of a secret experimental programme in Odessa.

A new housekeeper arrives, Tatiana. She forges a special friendship with Mishka and together, they compile a scrapbook of family accomplishments. Tatiana, a vulnerable but pretty young lady, is coerced to have an affair with Alexei, and when Leonid finds out, she is persuaded to leave the country for Israel. Everyone is heart broken by the separation.

In the meantime, the experimental programme marks a success by influencing the outcome of the 1978 World Chess Championship to the advantage of the USSR. Miskha’s career is secured within the KGB.

As the years pass, the USSR dissolves and Ukraine resumes independence. Mishka, now head of the department, takes advantage of his skills to magnify the great influence that the emerging computer age heralds. Concurrently, in Israel, Tatiana has become a reporter at a branch of an international news syndicate. Undercover secret agents within the organisation have identified Mishka and are keeping track of his work. Tatiana and Mishka are re-united at the Chess Tournament and realise their great love for each other.

With the Russian annexation of Crimea in 2014, Cyber warfare reaches its climax with disinformation used as a weapon. Tatiana agrees to return to Odessa on a secret mission to disrupt the Cyber-war machine. She brings with her the scrapbook that she and Mishka created and treasured. It is a dangerous mission to insert a virus infected USB stick into the system that is fuelling the disinformation of the war.

A re-union of the two lovers, Tatiana and Mishka under the statue of Leonid Utesov leads to a tense climax. A most unexpected and exciting ending will conclude the story.

As the son of bandleader, and grandson of a Russian magician, my early life was full of music and the whirr of my father’s 9.5mm Pathé cine camera. My fascination with film began early and I was soon making short films on 8mm, then Super 8 with sound. Celluloid is for me the true medium of expression and I have personally learnt still and movie processing in my studio, culminating in three 16mm experimental short films shot with Bolex equipment. A fortuitous meeting with the Italian producer Alberto Bona, also a celluloid loyalist, resulted in my most recent short film ‘Sugar’ filmed on Super 16 with full sound track. The background to ‘Truth or Untruth’ comes from real life experience of life in and out of the Soviet sphere. My brother Michael is a Chess Grand Master and was chosen to be ‘second’ to Viktor Korchnoi, the Russian defector who was in the epicentre of the scandalous 1978 World Championship. The entire world witnessed the results of KGB interference.

In parallel, I have uncovered the amazing story of the musician and entertainer Leonid Utesov of Odessa, the Soviet People’s favourite artist. He is almost unknown in the West. His musical influence will be the driving force of the soundtrack.The story is centred on the drama of four characters caught up in the turmoil of the chaotic transition from Soviet to Post-Soviet history. This progresses inexorably to the current media craze for fake news. Everyone is immersed in daily anti-Russian alarm news stories with Internet virus attacks and a cyber war between nations. After all, like my grandfather’s magic, the present day disinformation -via social media and the internet is just a variation of the old illusionists’ tricks: it is all about deception.

Finally, my aim is to transport the viewer to a time and place where life pivoted around the conflicting ideologies of a Soviet imposed state over the endless innovation and cultural identity of the Jewish community from Odessa.

The project is currently in pre-production. The scene-by scene Treatment can be provided upon request. Also, Howard has already made reconnaissance trips to former USSR regions for finding background material to best recreate the old Odessa of 1960s. Cities visited include Odessa (Ukraine), Baku (Azerbaijan), Tbilisi (Georgia), Sophia and Varna (Bulgaria). Below you can see a selection of images taken during the scoutings.

As there is no requirement for big special effects and explosive action, this film is certainly an unconventional espionage story. It is nevertheless an unnerving thriller. With this in mind, both Hitchcock’s Strangers on a Train and Mikhalkov’s Burned by the Sun are major reference points for film sequences and editing.

In Hitchcock’s masterpiece the climax of the story is magnifies the tension by eliminating the dialogue. In Mikhalokov’s epic the flavour of the time is beautifully shared to the viewer by stunning photography and the persistent terrors of the post Stalin age. 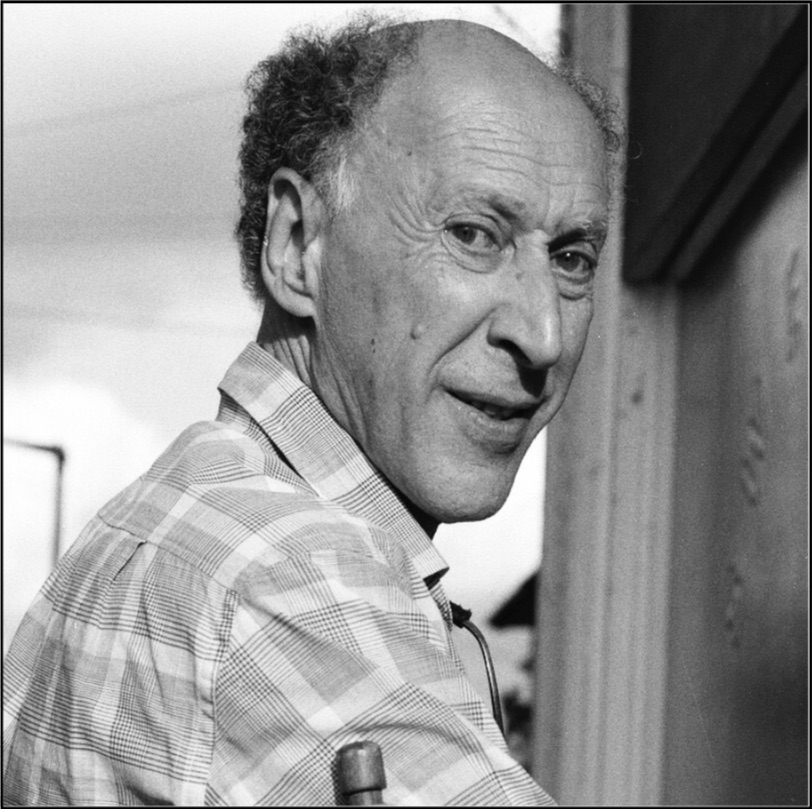 is a British filmmaker based in London. He began his career making arthouse reversal 16mm documentaries, for screening at the Cinema Museum in London. His debut short film “Sugar” was selected at Euro Shorts Film festival and premiered in Leicester Square at the Prince Charles Cinema, as well as been included in the Short Film Corner at Cannes Film Festival in 2018. “Truth or Untruth” will be Howard’s first feature film. 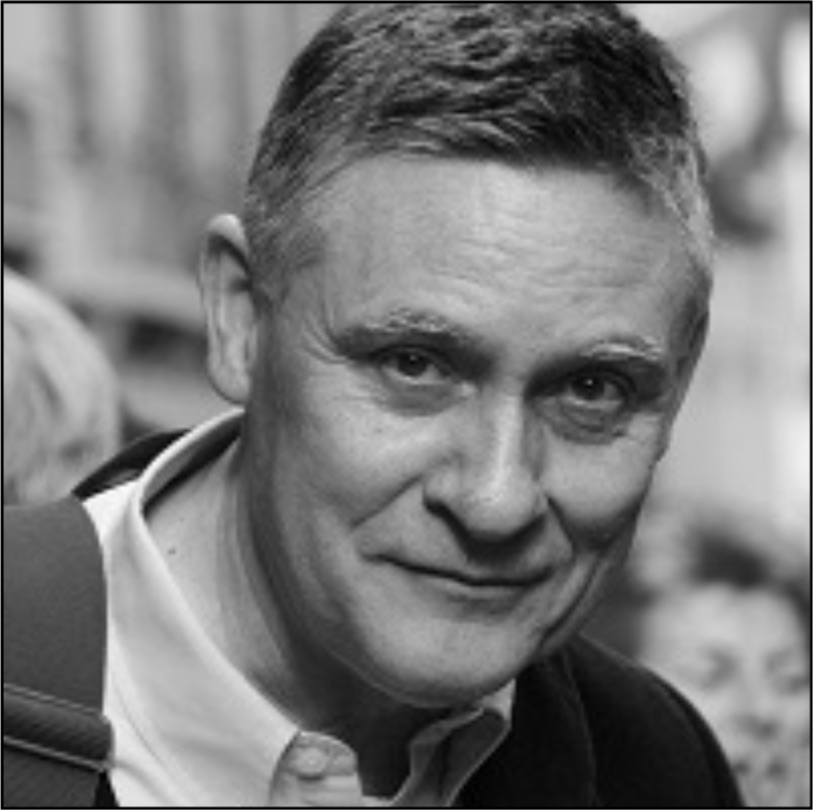 is a Swiss playwright. After studies in the Konservatorium for music and theatre in Bern he worked with theatre companies in Zurich and Geneva. His plays have been staged in Zurich, Vienna, Dresden and many other cities. He was writer in residence at Theatre Basel. He wrote as well for Swiss Radio and Swiss television. He has won several prizes and nominations for his plays. Some of his work has been supported by the Swiss Arts Council Pro Helvetia. Philipp has already completed historical subjects of this period. One of his more recent works “The Dictation” is set in this genre. Philipp has collaborated in different film projects. 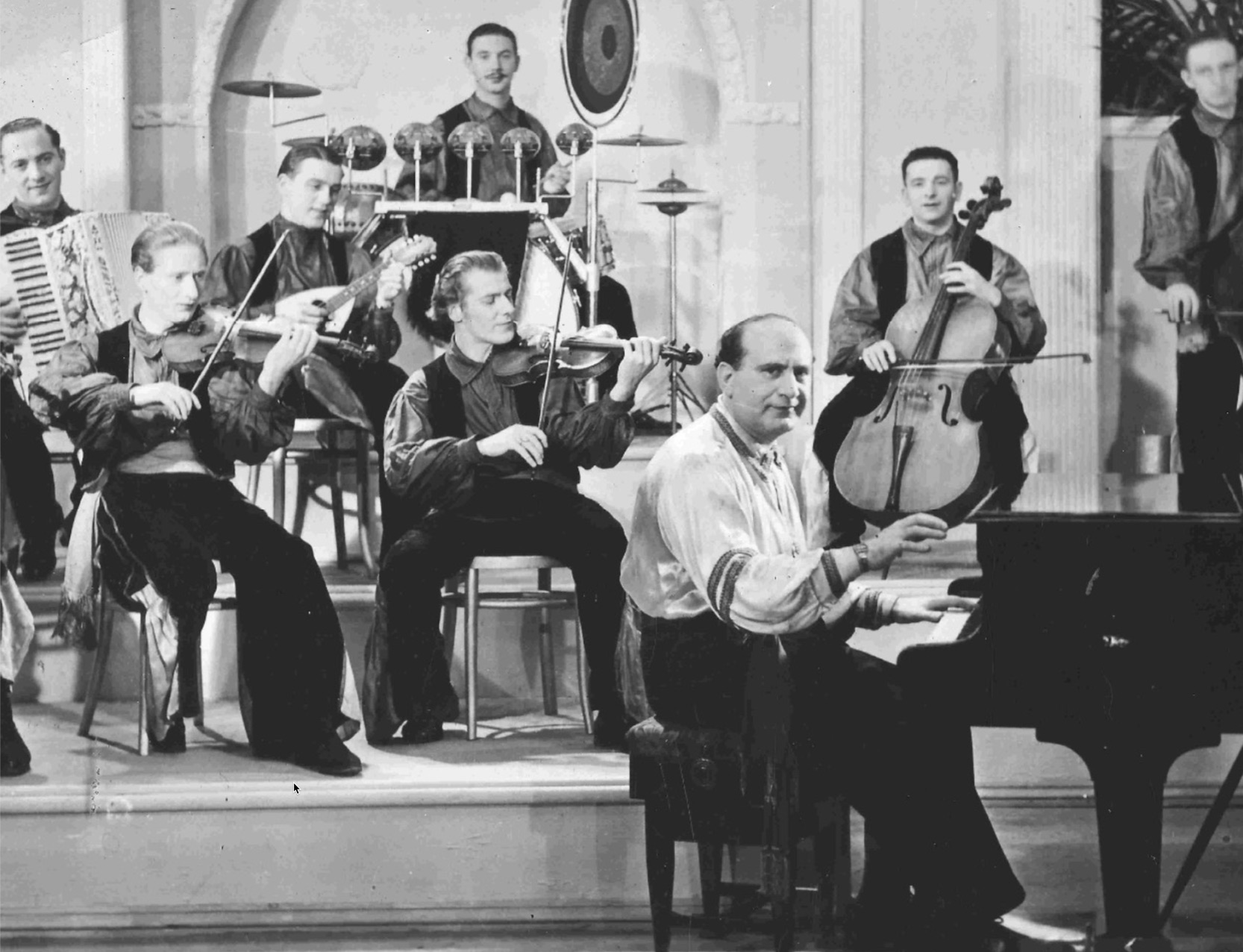 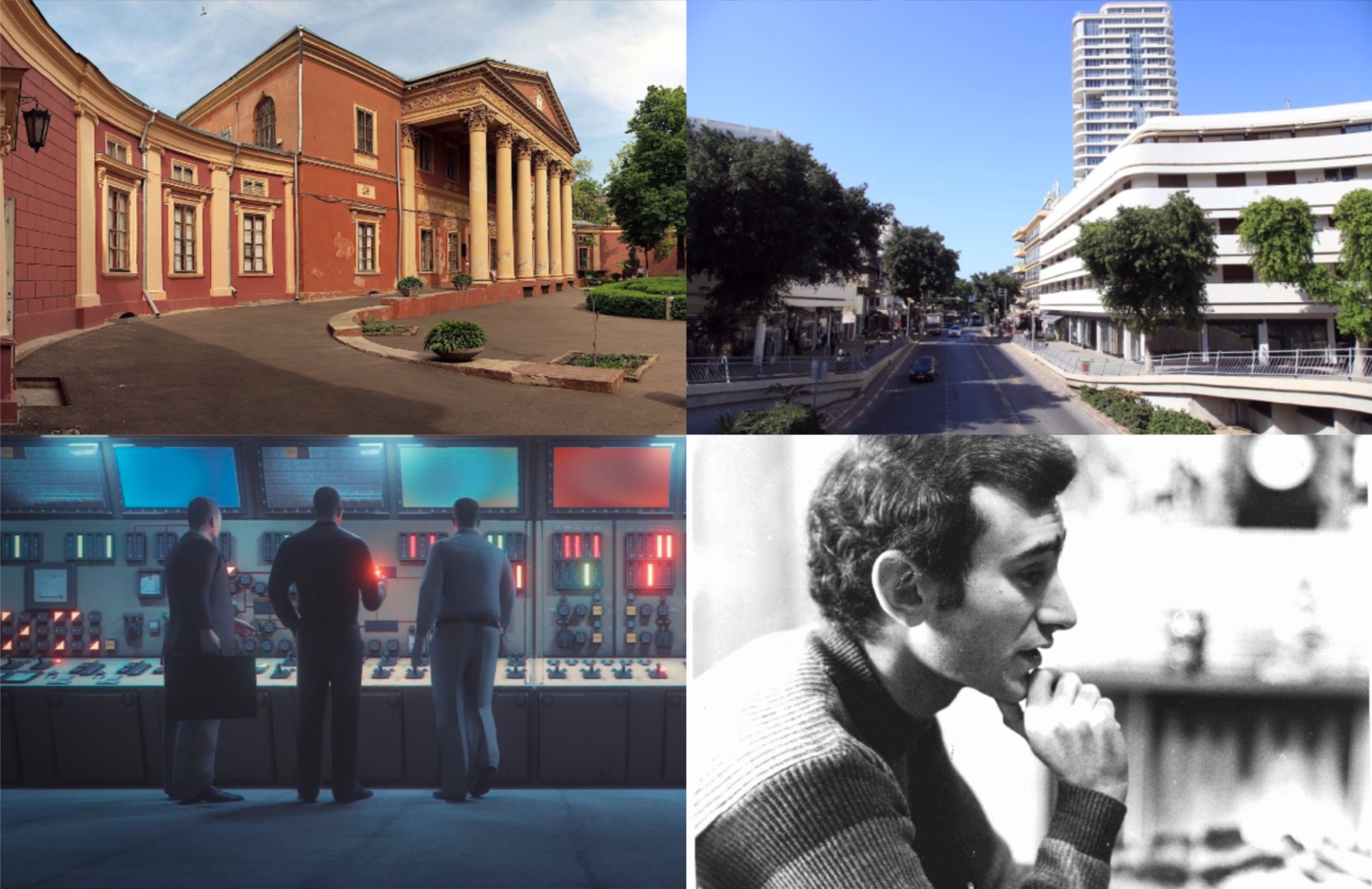